Army of the Dead on Arrival 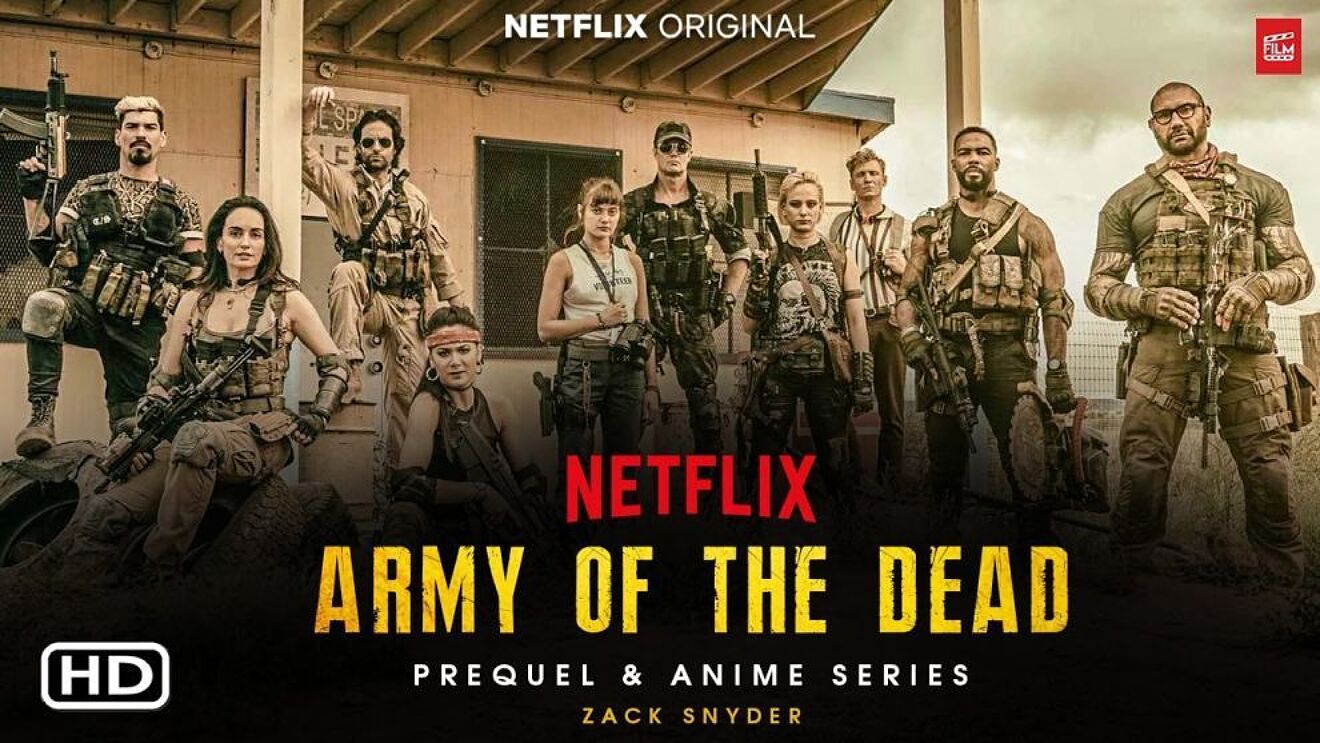 Another zombie movie. I could just leave that singular sentence as it stands and that would conclude the entirety of this review. You all deserve better than that though and I’m here to facilitate that reward. To be quite honest, Army of the Dead (2021) deserves a more nuanced explanation as well I suppose. So hopefully you’re buckled into a garbage Huey and ready for an explosive ride.

The premise is relatively simple here, a zombie outbreak in Las Vegas after a (shocking) military op goes terribly wrong results in the City of Sin being completely walled off to prevent further contamination. Scott Ward (Bautista) is one of the survivors of the outbreak, living a (relatively) quiet life, adjusting to life after slaughtering dozens of zombies to escape. He is contracted to assemble a team to break into a casino, open the vault and retrieve the money inside for his employer. Simple. I’m not about spoilers in these reviews, so I’ll stop at the premise and get into my critiques and praises for this Zak Snyder romp into the realm of the undead, I just felt it important to note the premise for context.

First off let me say that Zak Snyder knows exactly how to assemble a random cast and make the dynamics work like a charm. Seriously, I know you don’t go into a zombie movie expecting good acting, but the cast delivered a pretty spectacular performance all the way around. Over-the-top when necessary, emotionally jarring as the situation demands, I have essentially no complaints about who was cast and the way each character was portrayed. (I’m gonna take a few sentences to gush about Theo Rossi, love that dude. His range is ridiculously outstanding) Between Bautista’s growth as an actor (his emotional breakdowns were tear jerking, he nails the PTSD here) down to the sentient zombie movements, I was never taken out of the movie due to poor acting. That said….

I need to express here that I don’t have a lot of expectations of realism when it comes to action movies, especially action movies with zombies, however, there is a certain agreement that we all sign on for when we watch armies of the undead square off against humanity and this movie does several things that absolutely burn that contract without remorse. These things, which I will refrain from mentioning, take traditional tropes and obliterate them. Almost unforgivably so. I appreciate a risk when constructing a standard narrative to turn the normal against itself, but some things are just so jarring that they serve no other purpose than ridiculousness. It took me totally out of the moment, reactivated my disbelief from its suspension and left me laughing for the wrong reasons. To be fair to Snyder’s work, this only happened twice, but that’s honestly two instances too many. I watch Zombie flicks for the violence, gore and creative mayhem, which this movie delivers, but it also severs the all too important suspension of disbelief.

Music choice was great here, hard rock tracks overlay each fight sequence bringing to bear the intense action focus. Sometimes an overzealous use of slow motion, which is starting to become a Zak Snyder staple. Which leads me to the most puzzling part of all, this movie wasn’t bogged down by bad acting, music or even seizure-inducing camera shots. In fact, those things make the film better, the downfall of this movie is conception. I think Snyder flew too close to the sun on this one. It was ambitious and had the makings of something really special, but a couple of key moments in the film rock the ship just a touch too hard, but hey we did get the cliffhanger ending so there’s that I guess.

So here it is for all you TLDR people out there, it’s a fun, engaging, well acted zombie flick that delivers gore, spectacular zombie and human death sequences, with enough plot to keep you going. It had the makings of the next Snyder success story, but this one may have set him back slightly. I’m sure a sequel is coming, maybe he’ll have better luck then.

Maybe it’s time to put one in the head of all the zombie ideas out there. Some themes have been done to death (literally) and I think the zombie genre is one of those, not Snyder’s fault really, but he entered willingly so that is on him. This is better than Mortal Kombat but that’s not a great benchmark.

7.62 out of 10 (not really, i just couldn’t help making a caliber reference for a film that features some awesome shooting sequences)